Dutch to use only certified palm oil by 2015

The Netherlands has committed to only using palm oil certified under the Roundtable on Sustainable Palm Oil or RSPO by 2015, providing a boost for the certification standard which aims to improve the social and environmental performance of the world’s most productive oil crop. The pledge makes the Netherlands the first country to commit itself to using only sustainable palm oil.

Asia Pulp & Paper reacted strongly to the report, calling it a gross exaggeration.

Environmental Resources Management, the company that conducted the carbon footprint analysis for Asia Pulp & Paper, expressed concern over how the paper company has represented the results.

Nobel Prize Winner Wangari Maathai blasted the use of her name by a front group linked to Sinar Mas, a conglomerate that controls logging, wood-pulp, and palm oil companies.

The group, World Growth International, was criticized last week by 12 prominent scientists for distorting and misrepresenting facts around deforestation.

Asia Pulp & Paper, which is controlled by Sinar Mas, admitted last week to supporting front groups in the United States.

Notorious wildlife trafficker Anson Wong was sentenced to 5 years in prison in Malaysia after he was caught attempting to smuggle 95 boa constrictors to Indonesia. 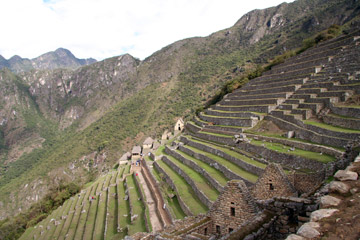 Better protection of cultural heritage sites could generate $100B per year in poor countries, according to a report published by the Global Heritage Fund (GHF).

The report assesses 500 major archaeological and heritage sites in developing countries and finds that nearly 40% are at risk due to development pressures, unsustainable tourism, insufficient management, looting, and/or war and conflict.

To better protect heritage sites, the group has launched an early warning and threats monitoring system – Global Heritage Network (GHN) – that uses satellite imaging technology and ground reporting to enable observers to “identify and solve imminent threats within the legal core and protected areas of each site.”

California voters rejected Proposition 23, which would have repealed the state’s climate change legislation.

The proposition, which was largely backed by oil companies, lost by more than 20 percentage points.

Illegal gold miners were blamed for the outbreak.

Wandojo Siswanto, one of the lead negotiators for Indonesia’s delegation at last year’s climate talks in Copenhagen and a key architect of its Reduced Emissions from Deforestation and Degradation (REDD) program, has been arrested and charged with receiving bribes.

Wandojo was questioned this week by investigators from Indonesia’s Corruption Eradication Commission. He is accused of receiving a bribe of about $10,000 to win favorable treatment for a telecommunications company in the Ministry of Forestry’s budget.

Wandojo said he was taking orders from his superiors.