“The Cardamom Mountains are a treasure chest of new species, but it was a surprise to find something as exciting and charismatic as an unknown pitcher plant,” Holden said in a press release.

Pitcher plants’ characteristic vase shape allows them to attract and trap curious insects. The insects are them slowly devoured as food. This behavior allows pitcher plants to survive in otherwise nutrient-poor soils.

Dubbed Nepenthes holdenii after its discoverer, the new species is uniquely adapted to survive fire and long droughts.

“This amazing species may be the most drought-tolerant of the genus. Thanks to a large underground tuber, it has the ability to endure extended periods of drought and fires,” says botanist Francois Mey who described the species. The tuber is capable of regenerating characteristic pitchers once a fire or drought has passed. 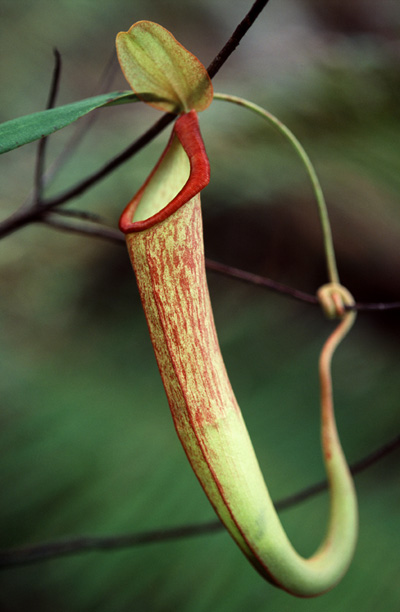 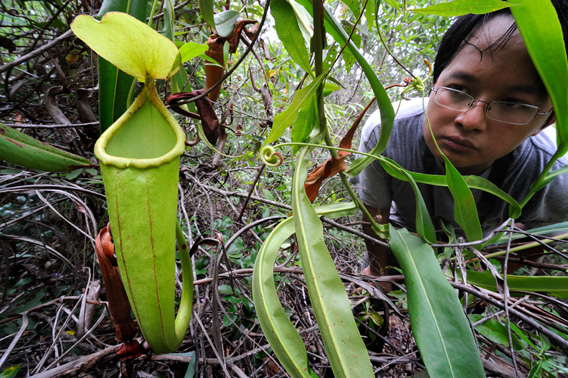 (11/07/2010) Researchers have described eight new species of plant from in and near Madidi National Park in the Bolivian Andes. Described in the journal Novon by botanists with the Missouri Botanical Garden and the National Herbaium in Laz Paz, Bolivia, seven of the eight plants were found as apart of the Proyecto Madidi (Project Madidi), a ten year effort to describe the plant species of three inter-connecting protected areas in Bolivia—Madidi National Park, Pilón Lajas Biosphere Reserve and Communal Lands, and Apolobamba Integrated Management Natural Area.