All species known to science are granted a Latin name. While this naming system is beneficent to researchers, Latin names—sad to say—don’t really capture the public’s attention anymore. Fortunately most species also have common names—the red fox, the pileated woodpecker, the Asian elephant, and so on. Some of these names even end up being quite wonderful: like the dusky dolphin (love the alliteration), the strawberry poison dart frog (points for creativity), the blobfish (if you see a photo you’ll know why), and my all-time favorite: the goliath bird-eating spider. Although this name is slightly redundant (any spider that eats birds is goliath), I wouldn’t change it for anything. However, some species, especially those less ‘charismatic’ ones, never get beyond their Latin name. Such is the fate of a giant forest snail known to researchers as Archachatina bicarinata and to the rest of us as…well nameless. But this begs a question: how do we save a species if we don’t even name it?

“We tend to call it the endemic giant snail,” Martin Dallimer, a conservation ecologist, told mongabay.com. Not only is Archachatina bicarinata a big snail, it is also endemic to the islands of Sao Tome and Principe off the west coast of Africa in the Gulf of Guinea.

Dallimer, who recently conducted the first survey of the species along with Martim Melo on Principe, warns that the snail is in alarming decline largely from harvesting for food. The species also requires primary rainforest to survive, so habitat loss has an acute affect on Archachatina bicarinata. Due to these impacts, the IUCN Red List has classified the species as Vulnerable. A rarity for snails: to date only 2 percent of the world’s freshwater and land snails have been surveyed for the IUCN.

According to Dallimer and Melo’s study, the majority of Archachatina bicarinata survive in Obo do Principe National Park, yet harvesting the snails for food occurs here regularly.

“More accessible parts of the forest have lost almost their entire snail population and areas deep inside the forest, where snails were once abundant, now have markedly smaller populations,” they write. During the survey the researchers also stumbled on snail middens with hundreds of shells, evidence of mass-collecting. If such collections continued unrestricted, Dallimer says extinction for the snail could be imminent.

To save this mollusk Dallimer recommends that “there should be a moratorium on gathering the snail from [Obo do Principe National Park] and a ban on commercial sale. This should be in place until we know how the snail can be harvested sustainably.”

However Dallimer adds that if a moratorium goes through “it will be very difficult to enforce” since “there are only limited resources for managing the Park. We would therefore need the cooperation of snail gatherers if such action is to be taken.”

Travel to the islands is also increasing, perhaps putting additional pressure on the snail. To help the species, Dallimer says tourists, scientists, and ornithologists visiting the island need to become aware of the snail’s threatened status.

“We would appeal to anyone visiting the islands not to eat the snail and to discourage their forest guides from collecting it and eating it as well.”

But this snail still lacks a common name, something that has left me troubled. Of course, naming a species doesn’t guarantee protection in any way. To save this snail, as Dallimer points out, restrictions must be made on the harvesting market. But a name does grant a species something that the public, whether local or international, can connect with. The ‘name’ after all is not for the snail, but for the humans who will decide its fate. It’s not surprising then that in the story of the Garden of Eden the first thing God has Adam do is give names to the animals surrounding him (apparently he forgot Archachatina bicarinata). Without our conferred upon names, we would be lost in a myriad of confusing forms, unable to communicate not only with each other, but even within ourselves.

I must admit that while researching and writing about Archachatina bicarinata, I couldn’t help but take up Adam’s task and think of a number of possible names for this anonymous snail: the seventeen ninety-two snail, the over-exploited land snail, the big tasty snail (though I worry this would worsen conservation efforts), and the pale snail. My favorite however is the ‘giant standout snail’ given that Dallimer has described it as standing out from even the thick vegetation of a rainforest.
“If you are walking in the right parts of the forest, then the snail is quite easy to see as it is relatively pale and large, meaning it does stand out from the forest vegetation. It is an impressive snail when you get close up!”

Certainly, such an animal deserves not only a name, but also not to be harvested out of existence. 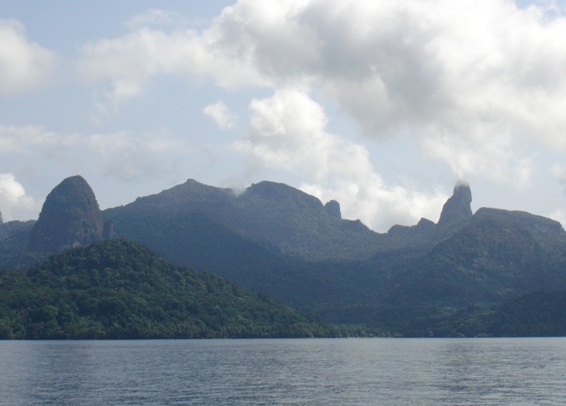 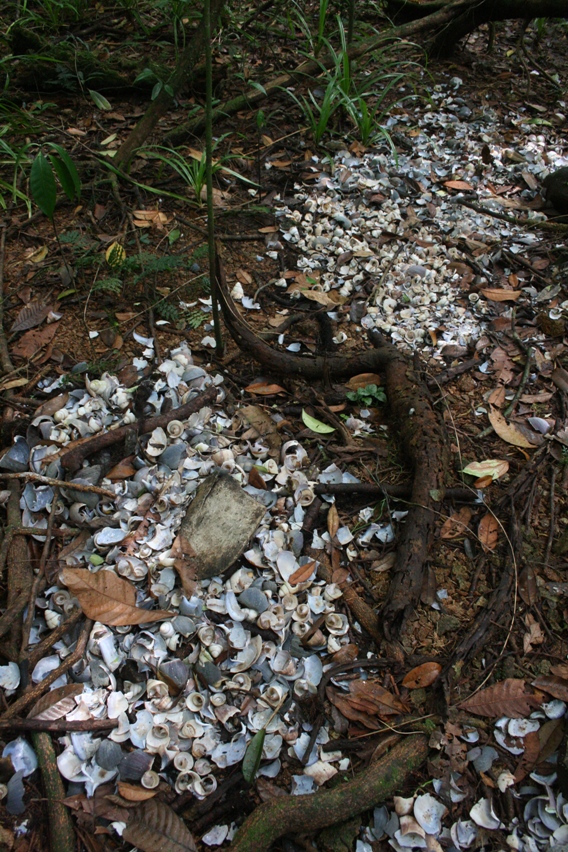 Hundreds of snail shells in a midden provide evidence of over-harvesting. Photo courtesy of Martin Dallimer. 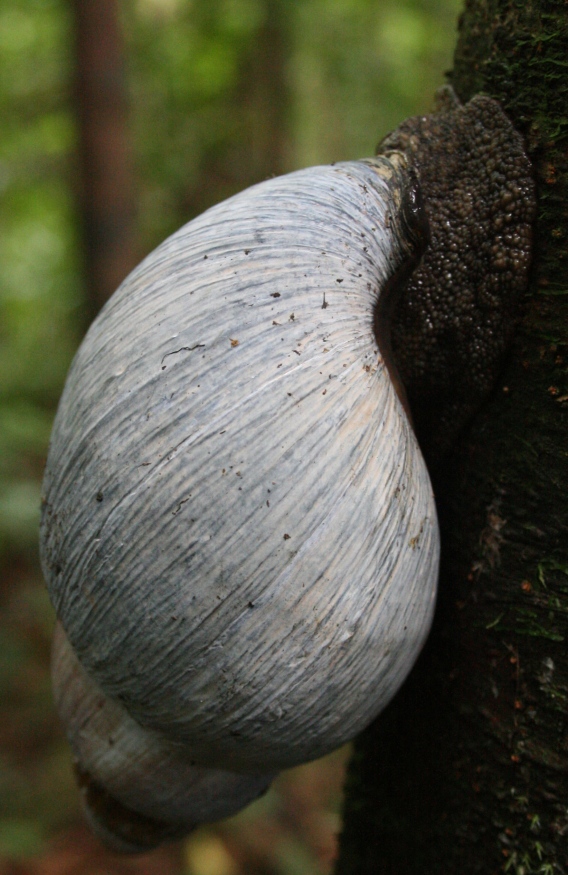 Close-up of the unnamed snail. Photo courtesy of Martin Dallimer.

(06/28/2010) According to a new study in Tropical Conservation Science a surprising number of invertebrates are used in Brazilian traditional medicines, which are popular both in rural and urban areas. Researcher discovered that at least 81 species from five taxonomic groups are being used to treat a variety of illnesses in Brazil.

Farming snails to save the world’s rarest gorillas

(04/28/2010) In a place of poverty and hunger, how do you save a species on the edge of extinction? A difficult question that conservationists have long-been working to tackle, the Wildlife Conservation Society (WCS) has come up with a new plan to protect the world’s most endangered gorilla, the Cross River gorilla, from poachers by providing locals with an alternate and better income from farming snails.

(08/26/2009) We all know that frightening experiences give us powerful memories. Now, researchers at the University of Calgary have demonstrated that an invertebrate is also capable of learning from fear. They published their findings in The Journal of Experimental Biology earlier this month.