Australian mammals in steady decline even in large National Park

Kakadu National Park, one of the Australia’s “largest and best-resourced” protected areas, is experiencing a staggering decline in its small mammal population, according to a new study published in Wildlife Research. Spanning nearly 2 million hectares—larger than Fiji—the park lies in tropical northern Australia.

“This decline is catastrophic,” John Woinarski, lead author of the study and expert on Australian mammals, told mongabay.com. “We know of no comparable case in the world of such rapid and severe decline of a large proportion of native species in a large conservation reserve.” 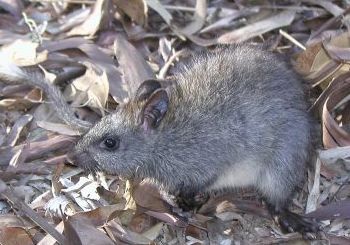 One of the studies declining species: the black-footed tree-rat (Mesembriomys gouldii). Photo by: Alaric Fisher.

“A range of factors is contributing to the decline, but we haven’t yet been able to explicitly evaluate the relative impacts of each factor,” Woinarski says. “We have good evidence that part of the decline is due to current fire regime.” According to Woinarski a third to a half of the park is burnt every year. Invasive African grasses have also made fires in the area more intense.

Woinarski points to other invasive species as another problem for the park, and Australia in general: “the introduced cane toad is responsible for almost all of the losses of the native carnivorous marsupial, the northern quoll (due to poisoning of the quoll during its predation attempt on the toad),” he says adding that “we strongly suspect that predation by feral cats is also heavily implicated [in the small mammal decline]. The rate and severity of decline suggests that disease may also be involved, but we have no direct evidence of that.”

Woinarski recommends that officials attempt to reduce the frequency of fires. In addition more research is needed to pinpoint exact causes behind the decline.

Biologists need to “clearly establish whether or not feral cats are the major driver of decline,” says Woinarski. “This can most clearly be done through experimental trials using large cat enclosure-fencing. But such fencing is relatively expensive circa 1 million Australian dollars.”

However, if conservationists and officials don’t work rapidly to address the issue, the decline could be a harbinger to extinction.

“Our modeling suggests that extinction is highly likely for some species,” says Woinarski with native rodents and medium sized marsupials most at risk.

The researches write in the paper that it is “disconcerting” that “many of the declining species are closely related in ecology or taxonomy to the mammal species that became extinct elsewhere in Australia over the period of ~1860–1960.” During that time 22 mammal species vanished in Australia. 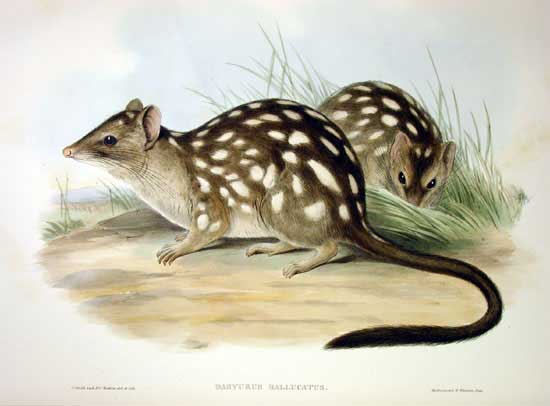 Frog in Australia goes from ‘extinct’ to very, very endangered

(03/08/2010) Facing habitat loss, pollution, climate change, and the devastating chytrid fungus, there has been little positive news about amphibians recently. However, a story out of Australia brings a much needed respite from bad news. In 2008 Luke Pearce, a fisheries conservation officer, stumbled on a frog that had been thought to be extinct for over thirty years. Not recorded since the 1970s, Pearce rediscovered the yellow-spotted bell frog (Litoria castanea) on rural Australian farmland in the Southern Tableland of New South Wales.

(01/21/2010) For over a century and a half researchers have debated whether humans or climate change killed off Australia’s megafuana. A new paper in Science argues with new evidence that Australia’s giant marsupials, monstrous reptiles, and large flightless birds were brought to extinction not by an unruly climate, but by the arrival of humans.

(06/03/2009) The Australasian Bat Society predicts that the Christmas Island Pipistrelle bat has less than six months left until extinction, unless measures are taken immediately to set-up a captive breeding population.