With the world’s eyes on the environmental catastrophe in the Gulf of Mexico, many are beginning to ponder the rightness of not just America’s, but the world’s dependence on fossil fuels. Yet large-scale fossil-fuel energy projects continue to march ahead, including one in the Malaysian state of Sabah on Borneo to build a 300 MW coal plant, which has come under fierce opposition from locals (already the project has been forced to move locations twice). The newest proposal will build the coal plant, as photos below reveal, on an undeveloped beach overlooking the Coral Triangle, one of the world’s most biodiverse marine environments, with transmission lines likely running through nearby pristine rainforest that are home to several endangered species, including orangutans and Bornean rhinos.

A group of NGOs that oppose the coal plant, known as Green SURF (Sabah Unite to Re-power the Future), warn that the plant will come with a host of environmental problems, including discharges of chlorine and sulfates into the ocean, sulfur dioxide emissions that could cause acid rain, thermal pollution, and the need for new transmission lines, infrastructure, and cargo to carry coal from mines south in Kalimantan. Green SURF has recently conducted an energy audit that showed Sabah has the capacity to develop cost-competitive power needs from a variety of other non-fossil fuel options, including palm oil biomass, solar, and hydrological.

To voice your opinion on the coal plant visit Green SURF. There are a number of campaigns, including a post card campaign, a petition, a Facebook group, and general information on Source Watch. 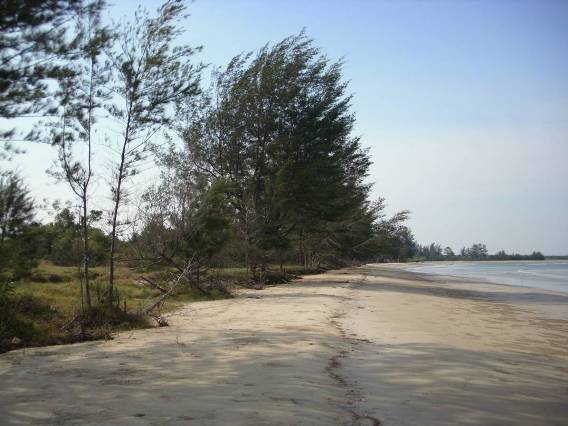 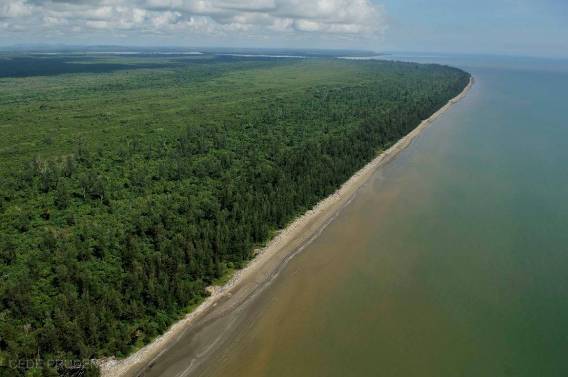 Coastal rainforest near the proposed site for the coal plant. Environmentalists fear that sulfur emissions from the plant could trigger acid rain damaging rainforests such as these. Photo by: Cede Prudente. South of the proposed site, coastal communities in Semporna depend on good fishing waters for their livelihood. Environmentalists say that chlorine and sulfate waste from the coal plant would boost the likelihood of regional eutrophication and algal blooms, resulting in massive marine die-off. Photo by: Helen Brunt. 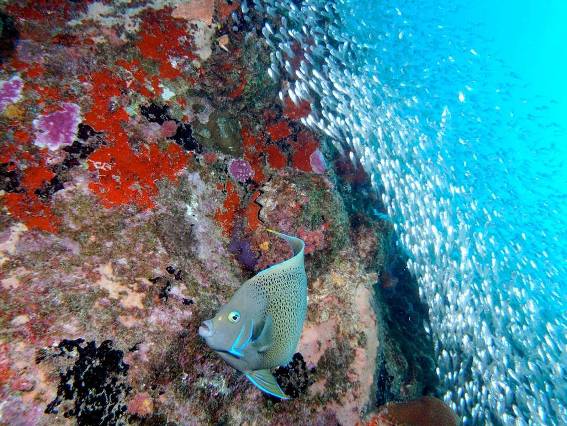 The rich and diverse marine life of Sabah not only supports local fishing, but draws tourism from around the world. Sabah has an international reputation as a ‘green state’, campaigners fear that a coal plant set on a pristine beach near primary rainforest will sully that image. Environmentalists say thermal heat from the coal plant could harm nearby coral reefs. Photo by: Borneo Dream. 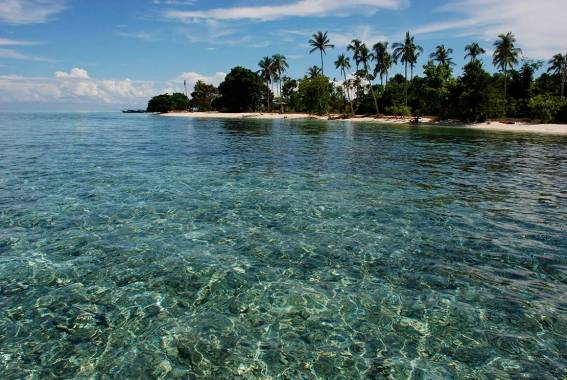 Tun Sakaran Marine Park , made up of pristine islands and marine waters, lies off the coast of Semporna less than 100 kilometers from the coal plant. Photo by: Yee I-Lann. 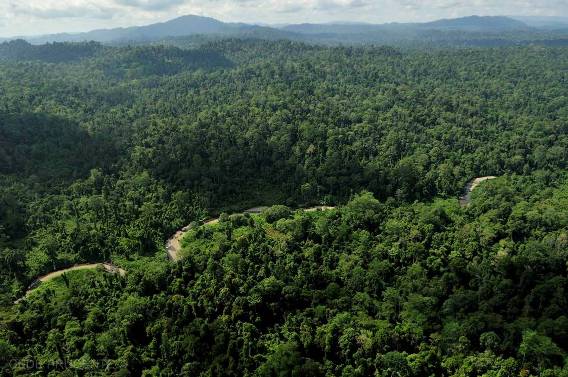 Primary rainforest, incredible biodiversity, and a host of endangered species, Tabin Wildlife Reserve is one of the treasures of Borneo. Transmission lines for the coal plant may cut close to the reserve, in addition, acid rain could bring pollution to the fragile environment. Photo by: Cede Prudente. 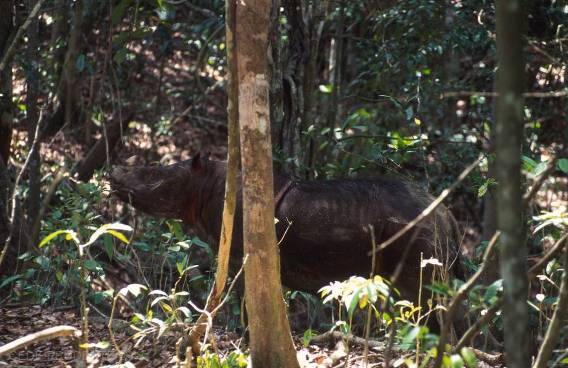 Tabin Wildlife Reserves is home to one of the last remaining populations of the Sumatran Rhino, classified as Critically Endangered by the IUCN Red List. Only 250 individuals of this species—the world’s smallest rhino—survive. Photo by: Cede Prudente. 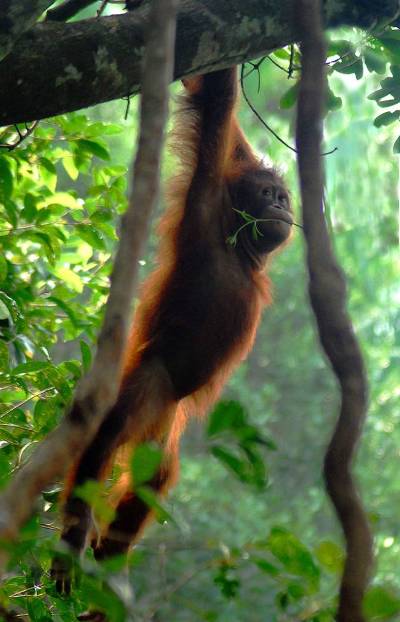 Tabin Wildlife Reserves is also home to the Bornean orangutan, currently listed as Endangered by the IUCN Red List. Orangutan populations in Sabah have dropped by 50 to 90 percent over the past few decades, largely due to habitat loss. Photo by: Jollence Lee. 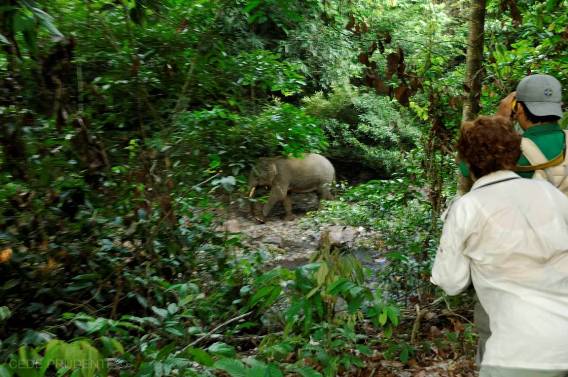 Tourists get a glimpse of the pygmy Bornean elephant, the world’s smallest elephant, in the Tabin Wildlife Reserve. They are a unique subspecies of the Asian elephant. Photo by: Cede Prudente. 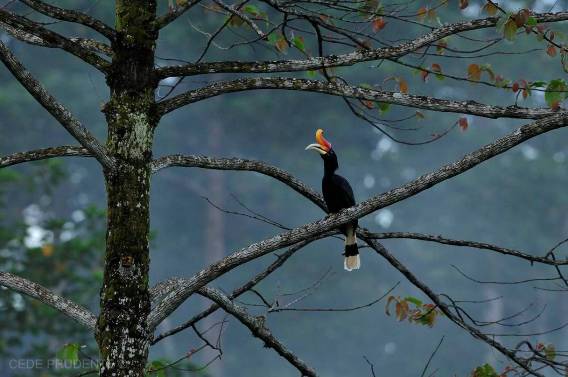 Tabin Wildlife Reserve is home to 220 recorded species of bird, including the pictured Rhinoceros hornbill. Research in the US has linked acid rain to some bird declines. Photo by: Cede Prudente. Local children from a fishing community near the proposed coal plant. At Copenhagen last year the Prime Minister of Malaysia, Najib Tun Razak, agreed to reduce the country’s carbon emission intensity by 40 percent by 2020. This month the Prime Minister wrote in a blog that the country “skewed too much in favor of natural gas and coal” and that the “imbalance needs correcting”, despite this sentiment and his pledge at Copenhagen the coal plant in Sabah moves forward. Photo by: Yee I-Lann. 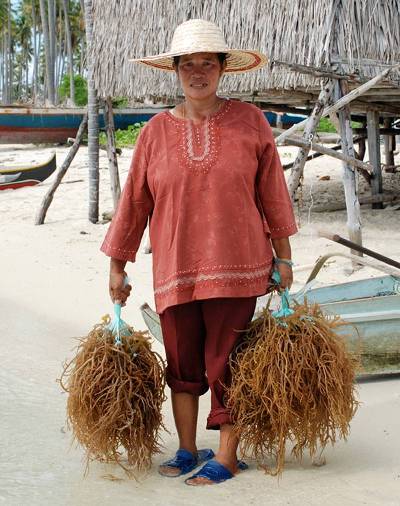 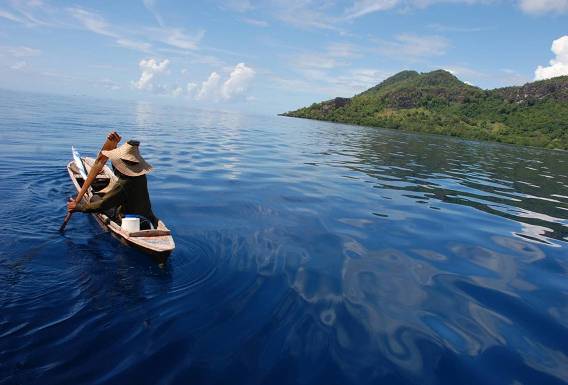 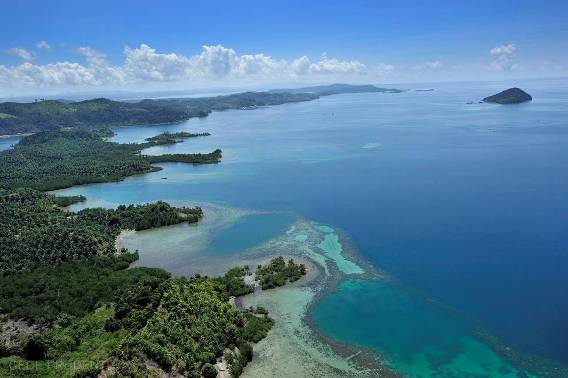 (02/21/2010) The vehicle stopped on the way into Tabin Wildlife Reserve as a troupe of pig-tailed macaques began making their way across the road. In a flash a domestic dog, which may or may not have been ‘ownerless’, ambushed the group. Chaos erupted as the big predator fell upon the community. As quickly as it began it was all over and the dog was rushing over with an infant monkey in its mouth, leaving the macaques’ screeching out their helplessness. As my uncustomary welcome to Tabin Wildlife Reserve shows: the park is a meeting of two worlds. On the left side of the road leading into the reserve is a massive oil palm plantation, on the right is the rainforest and the many species the reserve protects. Tabin, therefore, gives the visitor a unique up-close view of the debate raging in Borneo and throughout much of Southeast Asia over conservation and environment versus oil palm plantations.