Experts release list of the world’s top 25 most endangered primates.

Of the known 634 primate species in the world 48 percent are currently threatened with extinction, making mankind’s closes relatives one of the most endangered animal groups in the world. In order to bring awareness to the desperate state of primates, a new report by the International Union for the Conservation of Nature highlights twenty-five primates in the most need of rapid conservation action.

“This report makes for very alarming reading and it underlines the extent of the danger facing many of the world’s primates,” says report editor Dr Christoph Schwitzer, advisor to the IUCN/SSC Primate Specialist Group and Head of Research at the Bristol Conservation and Science Foundation. “We hope it will be effective in drawing attention to the plight of each of the 25 species included. Support and action to help save these species is vital if we are to avoid losing these wonderful animals forever.”

Compiled by 85 experts the report, entitled Primates in Peril: The World’s 25 Most Endangered Primates, 2008–2010, includes six primates from Africa, eleven from Asia, three from Central and South America, and five from the island of Madagascar.

The fact that one-fifth of the primates on the list are from Madagascar is noteworthy since the country is currently undergoing a logging and bushmeat crisis, largely unreported by the mainstream media. After a government coup in March of last year, Madagascar’s world-renowned national parks were infiltrated by illegal loggers. Tens of thousands of hectares have been impacted and the resulting instability has caused a boom in lemur bushmeat hunting, where the rare animals are killed and then sold as meat in restaurants. All of Madagascar’s primates on the list are lemurs: the greater bamboo lemur, the gray-headed lemur, Sclater’s black lemur, northern sportive lemur, and the silky sifaka. The northern sportive lemur (Lepilemur septentrionalis) is the worst-off with a population estimated at less than 100. As the crisis continues, it is difficult to know just how these lemurs are faring amid the plunder.

Vietnam is also home to primates on the edge, including the golden headed langur (Trachypithecus p. poliocephalus), which is endemic to the island of Cat Ba in the Gulf of Tonkin. Primatologists say only 60-70 golden headed langurs survive. Also in Vietnam is the eastern black crested gibbons (Nomascus nasutus) with just over a hundred individuals. Almost half of the primates on the list (44 percent) are in Asia.

“The purpose of our Top 25 list is to highlight those that are most at risk, to attract the attention of the public, to stimulate national governments to do more, and especially to find the resources to implement desperately-needed conservation measures,” says Dr Russell Mittermeier, Chair of the IUCN/SSC Primate Specialist Group and President of Conservation International. “We want governments to commit to these measures when they gather in Japan in October.”

A UN meeting on the extinction crisis is set for Nagoya, Japan this fall. 2010 is the UN International Year of Biodiversity in order to highlight the importance of the world’s biodiversity. Eight years ago nations pledged that by this year they would achieve a ‘significant reduction’ in biodiversity loss. But if anything the extinction crisis is worse today than it was in 2002 with many ecologists stating that we are in the midst of a mass extinction.

Still there has been some positive news for primates over the past decade, especially in Brazil. Conservation efforts have brought back from the brink both the black lion tamarin (Leontopithecus chrysopygus) and the golden lion tamarin (Leontopithecus rosalia). While their populations remain small, targeted conservation efforts have stabilized them. Now reforestation efforts are needed to ensure their long-term survival. While these are just two positive examples out of several hundred gloomy ones, Mittermeier ensures us that we can learn—and hope—from the these successes.

“We have the resources to address this crisis, but so far, we have failed to act,” he says. 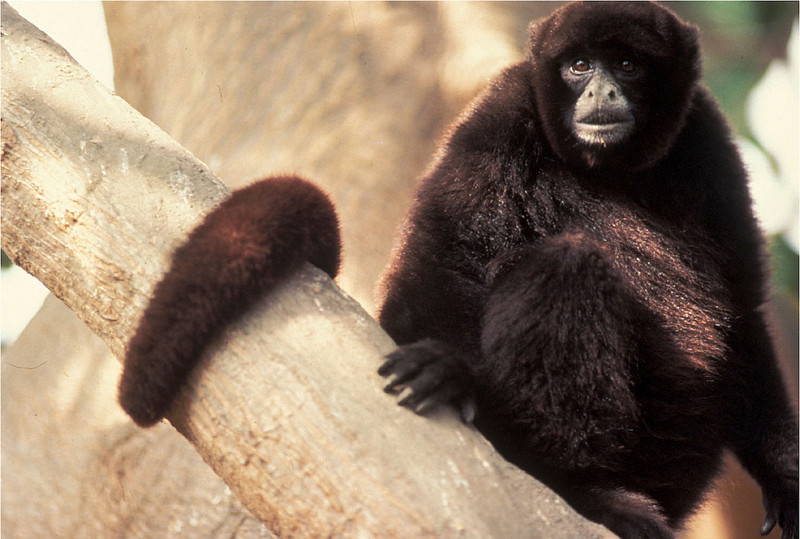 Peruvian yellow-tailed woolly monkey (Oreonax flavicauda)is threatened by deforestation and hunting. Primates in Peril: The World’s 25 Most Endangered Primates 2008–2010 has been compiled by the Primate Specialist Group of IUCN’s Species Survival Commission (SSC) and the International Primatological Society (IPS), in collaboration with Conservation International (CI). © CI/photo by Stephen D. Nash. 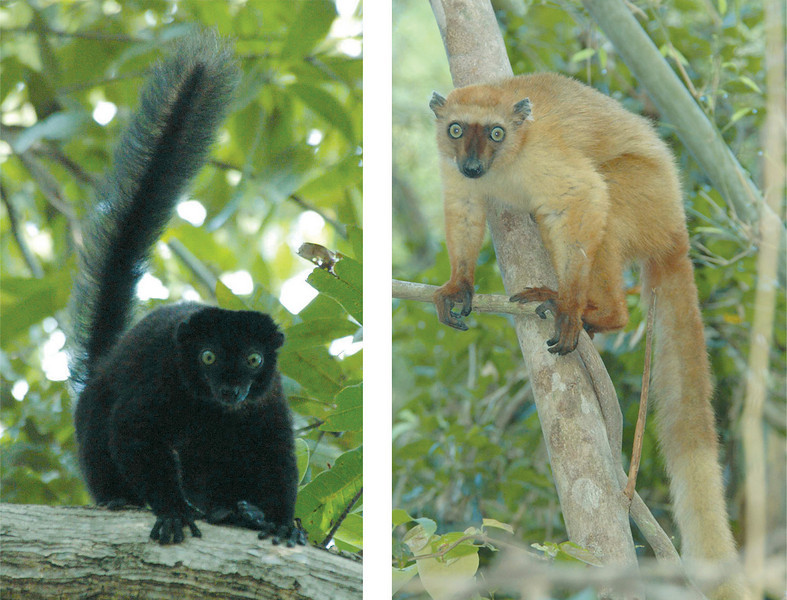 Sclater’s lemurs (Eulemur flavifrons) in Madagascar are threatened by forest loss, hunting, and capture for the pet trade. Primates in Peril: The World’s 25 Most Endangered Primates 2008–2010 has been compiled by the Primate Specialist Group of IUCN’s Species Survival Commission (SSC) and the International Primatological Society (IPS), in collaboration with Conservation International (CI). © CI/photo by Russell A. Mittermeier. 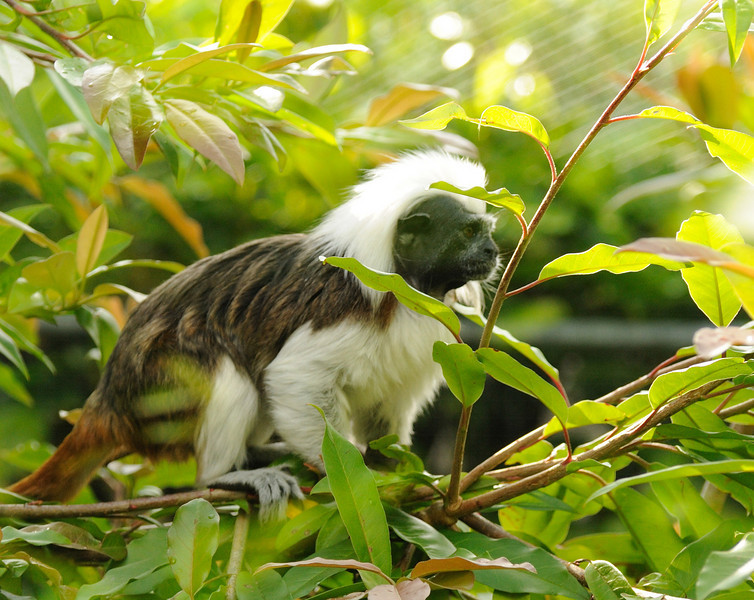 Cotton-top tamarin (Saguinus oedipus) in Colombia. Once captured for biomedical research, this species is now threatened by forest loss for farming, oil palm plantations, cattle, hydroelectric projects, and logging. It is also a victim of the pet trade. Primates in Peril: The World’s 25 Most Endangered Primates 2008–2010 has been compiled by the Primate Specialist Group of IUCN’s Species Survival Commission (SSC) and the International Primatological Society (IPS), in collaboration with Conservation International (CI). © CI/photo by Russell A. Mittermeier. The Sumatran orangutan is threatened by an increasingly restricted and fragmented range due to forest loss for oil palm plantations, agriculture, logging, and roads. Orangutans are also sometimes killed as pests and even for food. Photo by: Rhett A. Butler.

(12/16/2009) The first ever professional footage of the world’s rarest gorilla, the Cross River gorilla ( Gorilla gorilla diehli), has been shot deep in the forested mountains of Cameroon. The only other existing footage of this Critically Endangered subspecies was taken from far away by a field researcher in 2005.

What types of primates are most prone to extinction in small forest fragments?

(12/06/2009) According to the most recent IUCN assessment, 48 percent of primates are threatened with extinction. Major threats to primates include habitat loss and fragmentation, hunting, and the wildlife trade. A new paper published in Tropical Conservation Science looked at ones of these threats — fragmentation — in an effort to determine what traits put primates at highest risk of extinction in forest fragments. Traits investigated all related to various aspects of primate biology, including: the amount of habitat needed, reproductive rate, and types of specialization. Surprisingly the authors, Matthew A. Gibbons and Alexander H. Harcourt of the University of California at Davis, found no significant relationship between extinction risk and any of the biological parameters.

Good news for the rarest lemur

(10/07/2009) A scientific expedition has found one of the Madagascar’s rarest lemurs in a region where it was once thought to be extinct, report conservationists.

(09/24/2009) There are 200 Tonkin snub-nosed monkeys left in the world. The cao vit gibbon, however, is even worse off with only 110 individuals remaining, giving it the dubious honor of being the second most endangered primate in the world (the closely-related Hainan gibbon with only 17 individuals is likely number one). Both of these species—the cao vit gibbon and Tonkin snub nosed monkey—have received good news recently as new reserves in China and Vietnam have been created in part to aid their survival.

20,000 orangutans killed or poached in 10 years without a single prosecution

(08/24/2009) At least 20,000 orangutans have been killed or captured for the illegal pet trade in the past ten years in Indonesia without a single prosecution, according to a report published by Nature Alert and the Centre for Orangutan Protection, groups that campaign on behalf of orangutans.

(05/20/2009) Asia Pulp & Paper and Sinar Mas Group have acquired a license to clear hundreds of hectares of unprotected rainforest near Bukit Tigapuluh National Park on the Indonesian island of Sumatra, report environmental groups who say the activity threatens a population of critically endangered orangutans that have been re-introduced into the wild. The companies intend to log the concession for timber and plant it for industrial timber and oil palm plantations.