The salamander was a mythical creature before it was a real one: the word salamander means a legendary lizard that both survived-in and could extinguish fire. A creature that the Ancient Greeks, including Aristotle, appeared to readily believe in.

No one knows how the term salamander transferred from a mythical fire-dwelling monster to the small amphibious animals it applies to today, but I have a theory. Perhaps the sight of salamanders like Luristan newt—charcoal-black and flame-orange—caused people in the seventeenth century to lend the name of myth to the taxa.

Native to a tiny river region in the Zagros mountians of Iran, the Luristan newt Neurergus kaiseri stuns everyone who works with it.

“It’s one of the most beautiful amphibians in the world, and a spectacular animal to see in person,” says Nate Nelson, curator of amphibians, reptiles, and fish at the Sedgwick County Zoo in Witchita, Kansas. The zoo is involved in a breeding program for Luristan newts with hopes to one day release individuals back into the wild

The IUCN Red List has classified the Luristan newt as Critically Endangered with its population in increasing decline. In this case the animal’s beauty is its downfall.

The biggest threat for the Luristan newt is “illegal collection for the pet trade,” explains Dr. Theodore Papenfuss, a research specialist of herpetology (the study of amphibians and reptiles) at the University of California, Berkeley. “Several hundred specimens have been smuggled to Europe in the last few years. Some have appeared in the US pet trade.”

According to the Red List the population has dropped by 80 percent in less than a decade due to collection for the pet trade.

A small habitat also makes survival difficult for the Luristan newt, which Papenfuss says “is isolated in a few small stream drainages in the semi-arid central Zagros Mountains of Iran.”

In addition the habitat s described by Nelson as “so inhospitable and so limited” it makes breeding quite an affair: “the newts really only have a few weeks to appear above ground, mate, and lay eggs before temperatures are no longer suitable.”

The future of the newt is on the line: currently the species is up for a CITES I protection which would prohibit any international trade in the species, hopefully curtailing the pet trade.

“This proposal will be submitted by Iran CITES representative at the next CITES Conference of Parties to be held in March in Doha, Qatar,” says Papenfuss.

But this may not be enough to ensure the survival of the Luristan newt: it is estimated that less than 1,000 survive in the wild. As a backup plan herpetologists are hoping to set up another captive breeding program, but this time in Iran. However, as with many ‘forgotten species’ the necessary funds to save the Luristan newt have proven difficult to come by.

“Funds are needed to set up a breeding center at the Iran University in Kermanshah, Iran. The project is being promoted by Dr. Mozafar Sharifi, a professor of biology at the university,” explains Papenfuss.

Nelson adds that the Sedgwick Zoo is hoping to “raise funds for Iranian scientists for much needed fieldwork and the construction of a breeding facility in Iran.”

The Luristan newt is “a gem of Iran’s rich biological diversity, being endemic to the Zagros Mountains, and the only salamander within its range […] It would be tragedy to lose such a unique species,” says Nelson.

Being so beautiful, the species would probably require just a little publicity to save it. Perhaps it’s time for Iran to change its national emblem from the lion (which vanished from the country in the 1940s) to the still saveable Luristan newt. 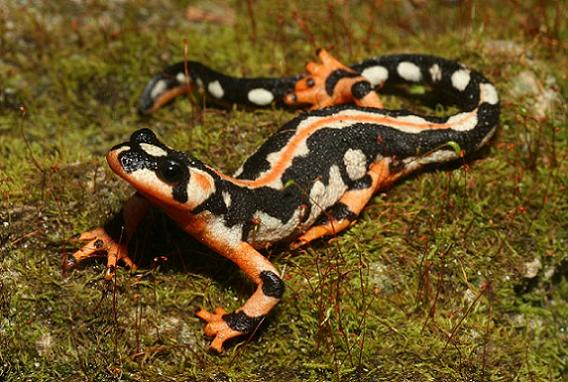 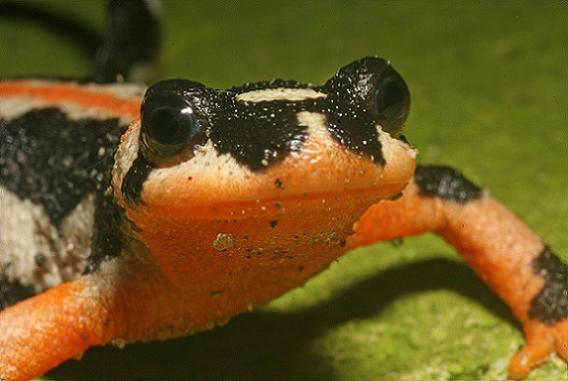 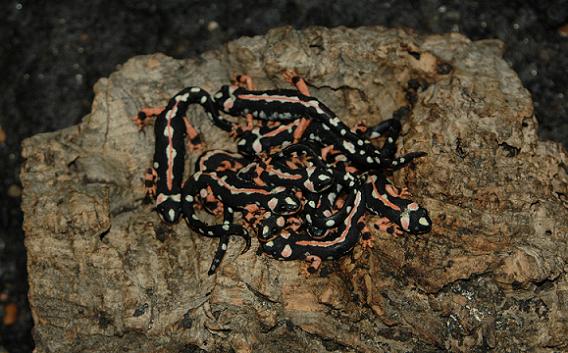 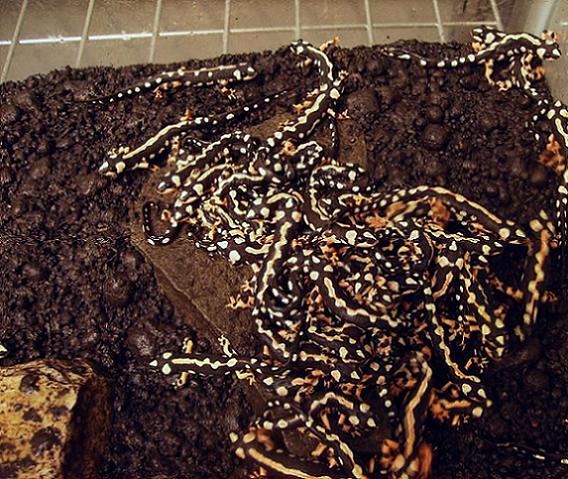 Freshwater species worse off than land or marine

(10/15/2009) Scientists have announced that freshwater species are likely the most threatened on earth. Extinction rates for freshwater inhabitants are currently four to six times the rates for terrestrial and marine species. Yet, these figures have not lead to action on the ground.

(07/09/2009) Researchers have discovered one of the world’s smallest salamanders in a road-side creek in Georgia. The amphibian is so unique that it represents the first new genus of four-legged animal discovered in the United States in 50 years.

(02/09/2009) Salamanders in Central America — like frogs, toads, and other amphibians at sites around the world — are rapidly and mysteriously declining, report researchers writing in the journal Proceedings of the National Academy of Sciences. Disturbingly, salamanders are disappearing from protected areas and otherwise pristine habitats.