Little known beyond the waters of the Gulf of California, the world’s smallest cetacean (a group including whales, dolphins, and porpoises) is hanging on by a thread. The vaquita—which in Spanish means ‘little cow’—has recently gained the dubious distinction of not only being the world’s smallest cetacean, but the also the world’s rarest. In 2006 it was announced that the Yangtze river dolphin, or baiji, was likely extinct, and conservationists fear the Critically Endangered ‘little cow’ is next.

Tobias Nowlan, a member of a proposed photographic expedition, told mongabay.com that the situation was dire with only 100 individual vaquitas left in the world. The vaquita lives in what Nowlan calls “the most restricted range of any marine mammal”, inhabiting about 2,500 square kilometers of the Gulf of California.

As far as researchers know the vaquita is threatened by one thing and one thing only: gillnets used to catch the local fish totoaba (which is also considered Critically Endangered).

“The vaquita has declined dramatically as a result of bycatch in gillnets. A gillnet ban is now in place in the ‘Vaquita Conservation Zone’, though their use continues illegally. The government has started schemes such as temporary ‘buy-outs’, ‘swap-outs’ and ‘rent-outs’ to encourage alternatives,” explains Nowlan. The Mexican Government has proven proactive over the last few years to protect the vaquita, however more needs to be done, including basic research to understand the animal.

A photography expedition planned for this year hopes to obtain high quality images of the vaquita in order to raise awareness of this urgent conservation issue.

Nowlan says that three things need to happen for the species to have a good chance of long-term survival: “One: a total, enforced ban on gillnet fishing throughout the vaquita’s range. Two: greater scientific understanding of the vaquita’s life history, ecology and biology. Three: education and awareness in local communities and the international community of the vaquita’s plight.” Key to the last point is that “local fishermen must be presented with alternative viable sources or income.”

This year is the International Year of Biodiversity, which is meant to be both a wake-up to governments about the continuing loss of biodiversity and a global education about the importance of biodiversity. However, if the world is unable to save a lovely charismatic marine mammal such as the vaquita, one has to wonder how we propose to save the millions (maybe tens of millions) less dramatic plants and animals.

When asked how the general public can help, Nowlan said, “they can donate to this photography expedition! The expedition is in urgent need of funding, so all financial contributions are greatly beneficial […] It is crucial that we maximize awareness of the situation.”

Indeed, it seems the fate of the vaquita’s small population rests on people knowing and truly valuing the world around us.

For more information on the expedition: Expedition Vaquita: 2010

For more information on the vaquita: EDGE Profile 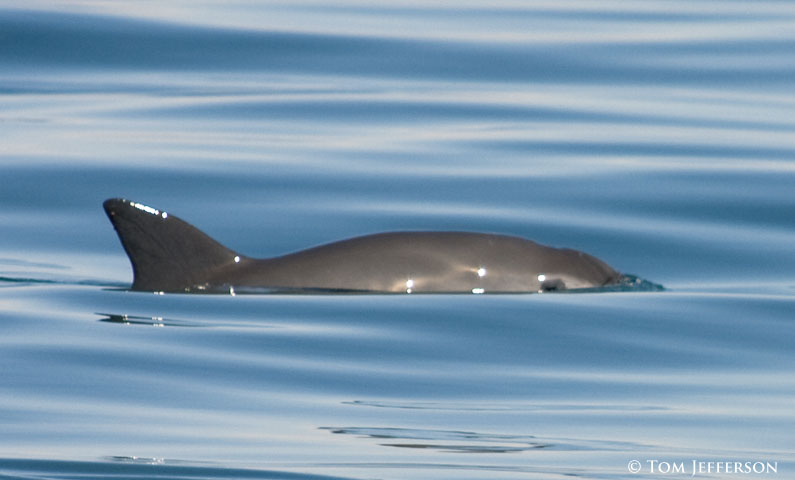 Vaquita in the wild taken during 2008 expedition. Photo by Thomas Jefferson. 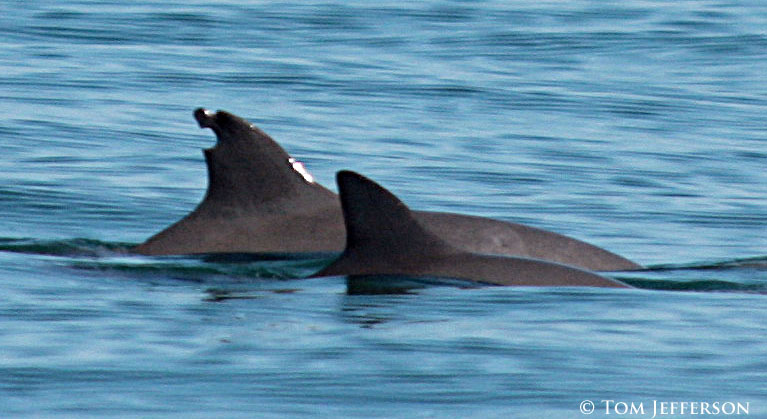 Vaquitas in the wild taken during 2008 expedition. Photo by Thomas Jefferson.

An Encounter with Vaquita. from Chris Johnson on Vimeo.

U.S., Mexico, Canada pledge to save the vaquita from extinction

(10/30/2008) The United States, Mexico, and Canada will work together to conserve the vaquita, the world's smallest, and most endangered, species of cetacean.

(08/25/2008) In December of 2006 an expedition spent six weeks surveying the Yangtze River in China for one of the world’s rarest cetaceans, the baiji. Also known as ‘The Goddess of the Yangtze’ the shy river-dolphin had roamed the river for millions of years locating fish with echolocation. The survey came back empty-handed without a spotting a single dolphin. Dr. Jay Barlow, a member of the surveying team, described his emotions on the expedition’s findings in an interview with Mongabay.com: “I was stunned. I knew the species was in trouble, but I did not think they were already gone. We really had not seen the extinction of a large mammal species in 50 years, so we grew complacent.”

86 percent of dolphins and whales threatened by fishing nets

(02/07/2010) A new report from the United Nations Environment Program (UNEP) finds that almost 9 out of 10 toothed whales—including dolphins and porpoises—are threatened by entanglement and subsequent drowning from large-scale fishing operations equipment, such as gillnets, traps, longlines, and trawls. These operations threaten the highest percentage (86 percent) of the world’s toothed whales.