The Danum Valley Conservation Area in Sabah, Malaysia is a huge draw for tourists and scientists; a research station has been operating in Danum Valley since 1986. But the rainforest still has surprises left: in June two employees with a tour company named Field Guide came upon every ornithologist’s dream, a bird species entirely unknown to science.

While walking along a 250 meter-high canopy-walkway set-up for tourists, Richard Webster discovered a bird he didn’t recognize feeding on mistletoe berries. He took photos of the individual and later shared them with Dr. David Edwards, an ornithologist from Leeds University who has been studying birds in the area for three years. After checking with several museums, they realized that no one had ever recorded such a bird.

“The realization that in all probability we had been watching a species unknown to science was an incredible feeling-elated because we were on the verge of an amazing discovery, but mixed with trepidation in case it is never seen again,” said Edwards in a press release. “It was the kind of moment you dream of-like we’d won the pools and the World Cup on the same day.”

Over the next few days Webster, Edwards, and Rose Ann Rowlett found two more individuals of the unknown bird and listened to one singing. Since then there have been no more sightings of the species.

“We hope the announcement of our discovery will lead to our ultimate goal: conservation of the new species and large tracts of its habitat, which is under threat from clearance for oil palm agriculture,” Edwards says.

Borneo has lost nearly half of its forests over the last fifty years due primarily to logging and clearance for oil palm plantations. Timber was extracted to make lawn furniture, chopsticks, and paper pulp. In more recent decades, oil palm plantations—which are unsuitable habitat for the majority of Borneo’s species—has overrun the island. Malaysia is the world’s largest producer of palm oil.

“This discovery shows once more how little is known about the diversity of life on our planet,” Jean-Christophe Vié, Deputy Director of IUCN’s Species Programme said. “2010 is the International Year of Biodiversity. It is an opportunity to increase our knowledge of nature and its functioning, explain its importance to the wider public, and most of all, undertake action to reduce the current threats in order to allow thousands of more discoveries like this one in the future.”

The discovery has been published in the latest issue of the Oriental Bird Club’s magazine, BirdingASIA. The species, known only as the ‘spectacled flowerpecker, has not yet received a scientific name. 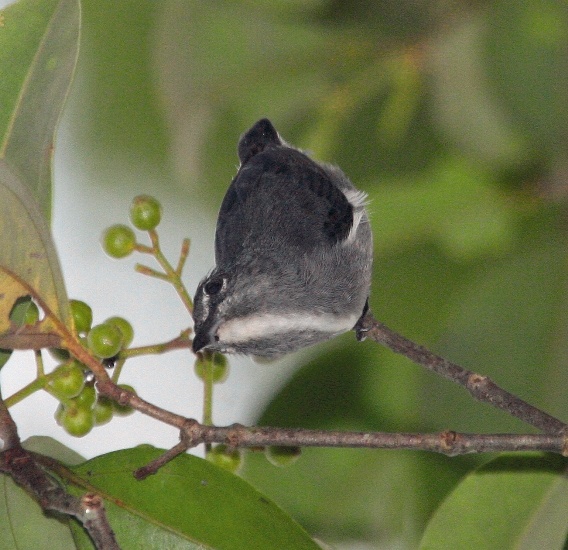 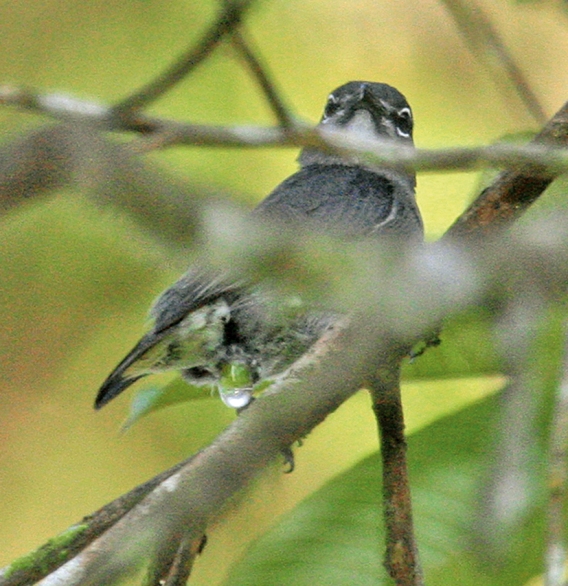 Another view of the Spectacled Flowerpecker. Photo by: Richard Webster.

Another view of the Spectacled Flowerpecker. Photo by: Richard Webster.

(12/21/2009) A beautiful little warbler inhabiting limestone karsts in Vietnam and Laos has been named a new species. When the limestone leaf warbler ( Phylloscopus calciatilis) was first sighted in 1994 it was thought to be a member of the similar-looking species, the sulphur-breasted warbler, but ornithologists began to question that assumption when the bird produced a call significantly different from the sulphur-breasted’s.

(07/30/2009) Researchers have discovered a bald species of songbird in a remote part of Laos, reports the Wildlife Conservation Society. The “Bare-faced Bulbul” is the first new species of bulbul – a family of about 130 species – described in Asia in over 100 years.