Little more than 10,000 hectares of rainforest remains on Java

From 2003-2006, Java lost approximately 2,500 hectares a year (10,000 hectares of forest in total) according to the Forestry Ministry. Despite the rate of loss being far lower in Java than other Indonesian islands (such as Borneo, Sumatra, and Sulawesi), Java is particularly threatened because there is so little forest left. If the past rate of deforestation occurs from 2007-2010 then by the end of the year conservation organization Pro Fauna predicts only 10,000 hectares of rainforest will remain on the island, leaving a number of unique and endangered species in deep trouble.

In addition ProFauna campaign officer Radius Nursidi warns that the actual rate is probably higher than the official data reflects.

Poaching remains rife in Java, according to Pro Fauna, even in national parks, such as the R. Soerjo Grand Forest Park in Pasuruan and Merubetiri National Park in Banyuwangi. Illegal logging is also a problem at these conservation areas. Currently, there are no security posts at the exit areas of these parks, allowing poachers to easily escape with their quarry.

“[The] Indonesian government should take practical and political actions to save the remaining forests and wildlife in Java Island. The authorities should set up security posts in the exit points of the nature conservation areas,” said Nursidi in a press release.

Indonesia has one of the highest rates of deforestation in the world. Largely due to this fact it is also third in terms of greenhouse gas emissions, after China and the United States. Much of the deforestation is due to oil palm plantations, as well as paper and other wood products in some areas. 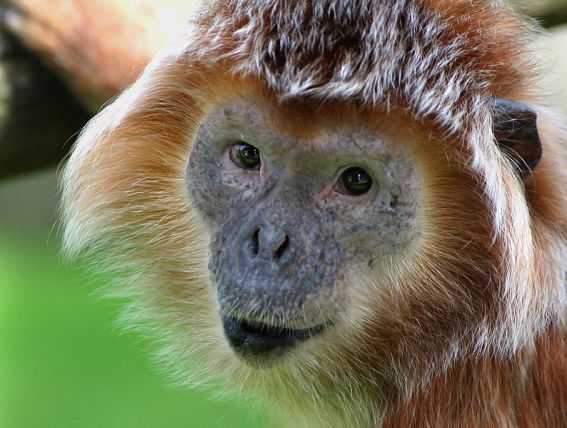 (01/07/2010) Indonesia will rehabilitate degraded forests and plant millions of hectares of new forests to meet its target of reducing greenhouse gas emissions 26 percent from projected levels by 2020, reports Reuters.

(01/03/2010) Balikpapan Bay in East Kalimantan is home to an incredible variety of ecosystems: in the shallow bay waters endangered dugong feed on sea grasses and salt water crocodiles sleep; along the bay proboscis monkeys leap among mangroves thirty meters tall and Irrawaddy dolphins roam; beyond the mangroves lies the Sungai Wain Protection forest; here, the Sunda clouded leopard hunts, sun bears climb into the canopy searching for fruits and nuts, and a reintroduced population of orangutans makes their nests; but this wilderness, along with all of its myriad inhabitants, are threatened by a plan to build a bridge and road connecting the towns of Penajam and Balikpapan.

(12/14/2009) An investigation commissioned by Unilever, the world’s largest buyer of palm oil, confirms that Indonesian group Sinar Mas, the world’s second largest producer of palm oil, has been destroying forests and peatlands despite committing to “greener” palm oil production as a member of the Roundtable on Sustainable Palm Oil (RSPO). Unilever has now suspended its $32.6 million contract with Sinar Mas.

(11/10/2009) Oil palm developers in the Indonesian half of New Guinea are signing questionable deals that exploit local communities and put important forest ecosystems at risk, alleges a new report from Environmental Investigation Agency (EIA) and Telapak.

(11/10/2009) Forty percent of lowland forests in Sumatra and Kalimantan (Indonesian Borneo) were cleared from 1990 to 2005, reports a new high resolution assessment of land cover change in Indonesia.

(10/14/2009) A chainsaw chugs into life and tears into the trunk of a tree as tall as a two-story house. Petrol and man work together as the chain sets its teeth into the wood and edges its way through. The tree creaks, leans, and falls with a great crash to a backdrop of whoops and cheers. The sight and sound of tree felling is common in Indonesia, the country with the highest rate of deforestation in the world. The destruction of forests in this archipelago, draped like an emerald necklace across the equator, can be measured in hectares per minute. Today, though, is a good day for the conservationists.