The International Union for the Conservation of Nature (IUCN) has released a list of ten species that are likely to be among the hardest hit by climate change, including beloved species such as the leatherback sea turtle, the koala, the emperor penguin, the clownfish, and the beluga whale. The timing of the list coincides with the negotiations by world leaders at the UN Climate Change Conference to come up with an international agreement to combat climate change.

“Humans are not the only ones whose fate is at stake here in Copenhagen – some of our favourite species are also taking the fall for our CO2 emissions,” report co-author Wendy Foden said in a press release. “This report should act as a wake-up call to governments to make real commitments to cut CO2 emissions if we are to avoid a drastically changed natural world. We simply don’t have the time for drawn-out political wrangling. We need strong commitments and we need them now.”

The report also highlights the plight of the staghorn coral, salmon, ringed seal, arctic fox, and the quiver tree. The report doesn’t include the polar bear since most people are already aware of the threat climate change poses to the world’s largest bear.

Much like the polar bear, the ringed seal is threatened by ice melt in the Arctic. Ringed seals require ice for breeding and rearing young. In the spring they need at least six weeks of stable ice in the spring to milk their newborn cubs.

Also in the Arctic, climate change is putting pressure on Arctic fox. With warming temperatures the fox’s tundra habitat is being invaded by new plants, eventually the tundra could be replaced by boreal forests, putting the Arctic fox in direct competition with its larger cousin, the red fox, with drastic consequence, since there is evidence of the red fox killing both young and adult Arctic foxes.

On the other end of the world, in the frigid Antarctic, emperor penguins are threatened by the loss of stable sea ice platforms for young chicks and moulting adults. A rise in 2 degrees Celsius would likely impact 40 percent of emperor penguin’s total population. Conservationists also fear that the penguin’s food source, Antarctic krill, will be diminished by warmer temperatures.

North of the Antarctic, on the endemic-rich continent of Australia, koalas are also suffering from the heat. Rising CO2 levels have caused Eucalyptus leaves, the koala’s only food, to decline in nutrients. Increased incidences of bushfires and droughts are also likely to hurt koala populations.

Ocean species are hardly immune from climate change. Corals, such as staghorn corals, are particularly susceptible. Rising temperatures are known to cause a phenomenon of coral bleaching, which can lead to increased propensity incidence of disease and even mass-mortality in coral reefs. In addition, ocean acidification, caused by higher concentrations of CO2 in the ocean, can weaken coral skeletons.

Bright orange with white-stripes, the ocean’s famous clownfish are threatened by the widespread coral reef decline. Dependent on the sea-anemones which are found in biodiversity-rich coral reefs, clownfish would likely not survive in a world without anemones. In addition, ocean acidification has been shown to upset clownfish’s ability to navigate, especially among juveniles.

The world’s largest marine turtle is also threatened by climate change. Since the leatherback marine turtle’s sex is determined by the temperature of the sand in which their mothers’ lay the eggs, warmer temperatures are likely to increase the number of male leatherback turtles, upsetting the natural balance. Rising sea levels may also wash away important—and increasingly rare—nesting beach for the turtle. The leatherback is already listed as Critically Endangered by the IUCN Red List.

Salmon’s ability to move from the ocean to freshwater rivers en masse has made them sensitive to even small environmental changes, let alone massive habitat upheaval from global warming. Warmer temperatures in the ocean and in freshwater ecosystems may upset the important timing of the salmon’s migration, as well, warm freshwater can act as a barrier to migrating salmon, forcing them to migrate further and expend more energy. Less snow in the winter may also decrease the flow of important salmon rivers.

Even desert species are feeling the heat. Although the quiver tree inhabits some of the Africa’s driest and hottest habitats, it is threatened by increasing drought. This large, slow-growing tree is undergoing sever drought-stress in parts of its range. Conservationists fear that the trees in the drought zones will not be able to migrate to other ranges, leaving remaining populations genetically deficient.

“Ordinary people are not powerless to stop these tragic losses,” Simon Stuart, Chair of IUCN’s Species Survival Commission, said in a press release. “They can cut down on their own CO2 emissions and voice their support for strong action by their Governments to change the dire climate prognosis we are currently facing.” 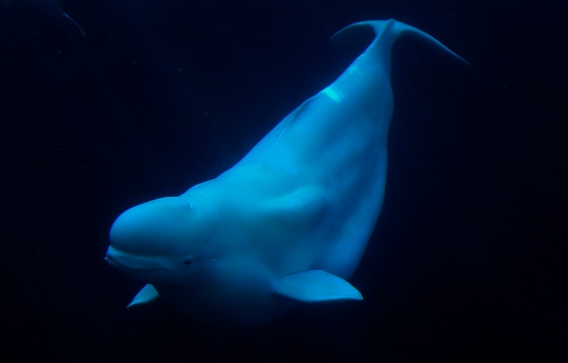 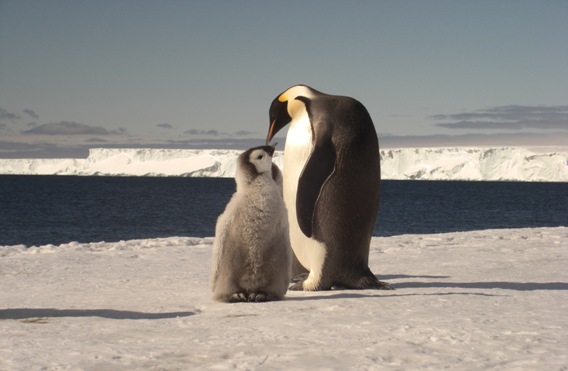 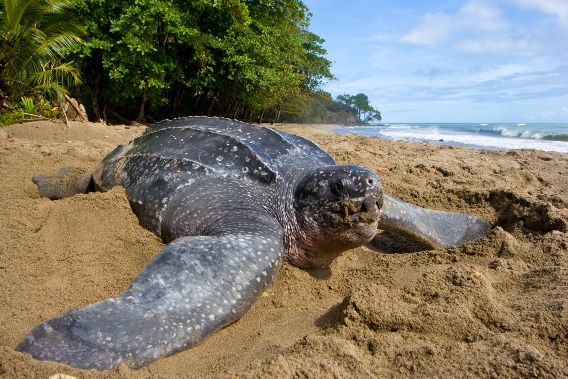 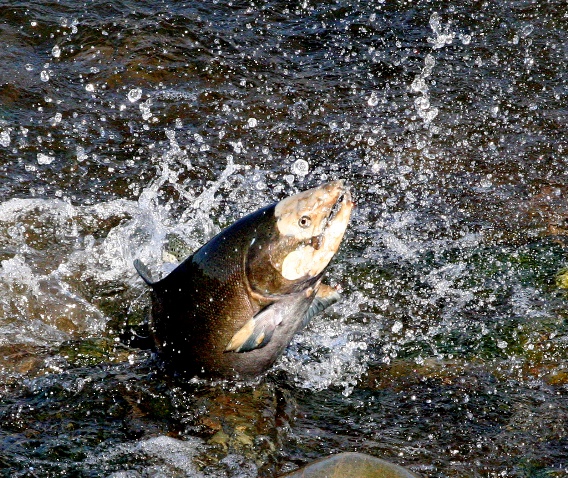 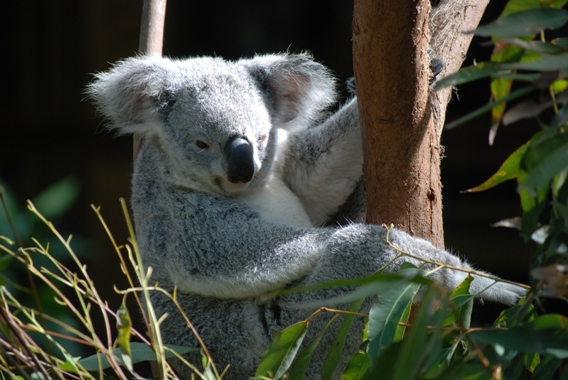 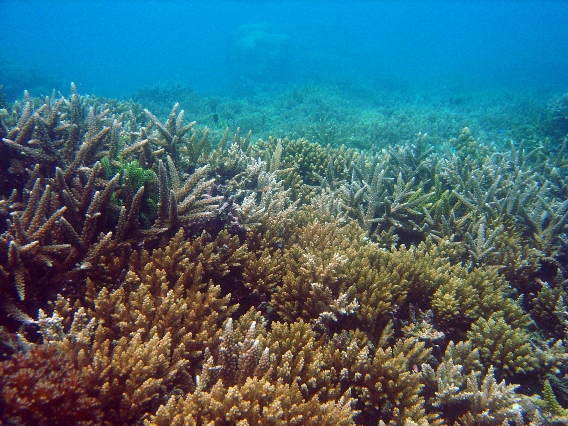 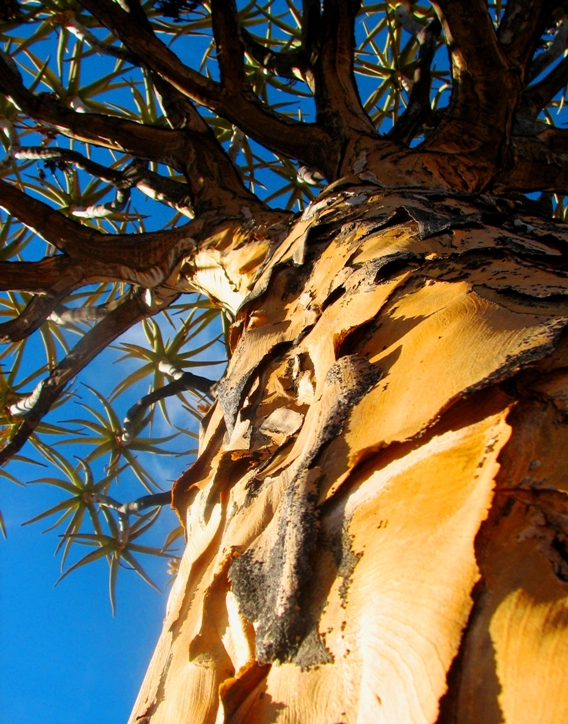 Extinctions on the rise in the Galapagos: fishing and global warming devastating islands’ species

(12/03/2009) We may never see again the Galapagos black-spotted damselfish, the beautiful 24-rayed sunstar, or the Galapagos stringweed. These species from Galapagos waters may all very well be extinct. Other species are on the brink, such as the Galapagos penguin and the Floreana cup coral. A new report in Global Change Biology reveals that in just a matter of decades, overfishing and climate change has devastated the Galapagos’ unique and famous ecosystems.

Not just the polar bear: ten American species that are feeling the heat from global warming

(12/01/2009) A new report, America’s Hottest Species, highlights a variety of American wildlife that are currently threatened by climate change from a small bird to a coral reef to the world’s largest marine turtle.

Zoos call for deeper emission cuts to save life on Earth

(11/30/2009) To save species around the world zoos say deeper emission cuts are needed than governments are currently proposing. Over 200 zoos worldwide have signed a petition calling on governments to set the target of atmospheric carbon below 350 parts per million (ppm) far lower than most government targets.