I know a two-year-old who is already an owl expert. My friends’ daughter, Harper, can identify all of North America’s owls by photos or drawings; even more impressive she can identify them by call. There is one owl call, however, that she may never hear.

The Anjouan-scops owl, native to Anjouan island a part of the Comoros island chain, is on the verge of extinction. It is so rare that for over a century it was believed to have already vanished.

“For a long time it was thought extinct, partly because its call is an unusual whistle which is unique among owls, but it was rediscovered in 1992 by Roger Safford of Birdlife International who was following reports of seabirds inland!” Hugh Doulton, the Comoros Project Coordinator for Bristol Conservation and the Science Foundation, told mongabay.com.

After going unrecorded by science for 106 years, the Anjouan scops-owl Otus capnodes suddenly came back from the dead, but the species’ remains threatened enough to be classified as Critically Endangered in the IUCN Red List.

“Anjouan has an extremely high population density and with all agricultural land already under cultivation, the island suffered from one of the highest rates of deforestation in the world during the 1990s (fourth highest according to FAO),” Doulton explains. “This rapid destruction of its habitat likely puts the species under severe threat, although the lack of data means no one can be sure of the status.”

Despite the fact that ornithologists have been aware of the owl for nearly two decades, the species remains almost a complete mystery. Basic information like the owl’s preferred prey remains ripe for discovery.

“Since [1992] there have been a few minor studies of the species, though there is still little known about its ecology or breeding habits, or even how many pairs are left,” Doulton says.

While current population estimates range from 100 to 400 birds surviving on the island, Doulton hopes that new conservation surveys will determine just how many owls are left.

“As part of a wider forest conservation program run by Bristol Conservation and Science Foundation financed by the UK government’s Darwin Initiative, we are doing the first ever thorough surveys of the species to obtain a good population estimate and a clear idea of its status,” he explains. “This will allow us to elaborate conservation recommendations which, in addition to habitat protection, could include measures such as nest boxes in agroforestry areas.”

If the Anjouan scops-owl is to survive, more interest (and funds) will be required: a species cannot be saved from hope alone. Doulton offers this invitation: “we’d be delighted to show any intreprid birders round the Comoros, and are just setting up an ecotourism circuit—if you’re lucky you might get to hear their haunting calls yourself!”

While Doulton has never seen the Anjouan-scops owl, he has had the pleasure to listen to them: “I’ve heard them calling across the valley above the only lake on Anjouan. With a fire going in the evening, you can lie down and listen to the males and females duet to each other from one side of the valley to the other. Magical!”

There are many reasons to save a species on the brink of extinction, but sometimes the most powerful is simply that future generations deserve to inherit a world as ‘magical’ as the one we have. I hope one day little Harper Lostetter (and other owl-lovers) will be able to hear the Anjouan scops-owl’s haunting and unusual whistle. I hope she will know then that humankind had made a conscious decision that preserving the world’s species mattered beyond profit and utility. Sometimes just being an owl should be enough.

Hugh Doulton runs a forest conservation program on the Comoros for Bristol Conservation and Science Foundation (www.bristolzoo.org.uk/conservation), working in partnership with Durrell Wildlife Trust, the University of East Anglia and Birdlife International. The work is financed by the UK Government’s Darwin Initiative, Airbus, and the UK High Commission in Mauritius. Those interested in hearing more about the work or providing support can contact Hugh Doulton at [email protected] 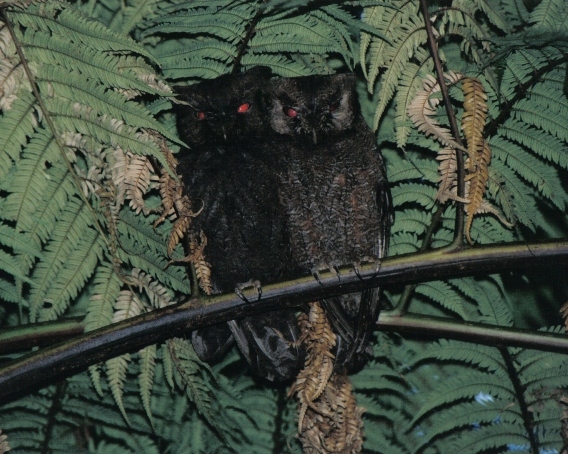 A pair of Anjouan scops-owl. Photo by: Charlie Marsh. 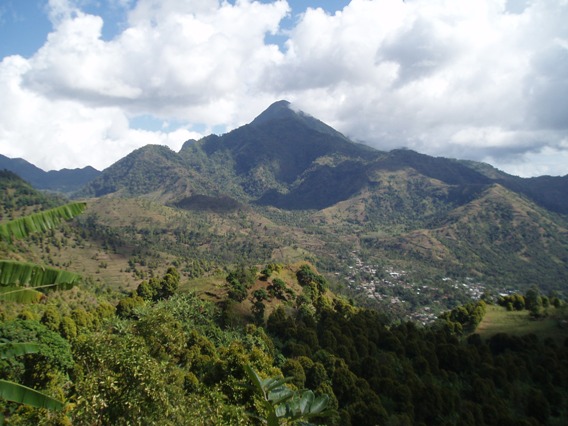 Patterns of deforestation along one of Anjouan island’s peaks. Photo by: Hugh Doulton. 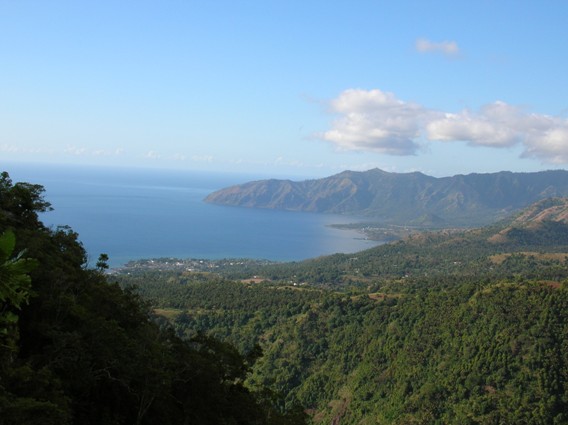 The island of Anjouan. Photo by: Hugh Doulton.