Instead of aiming to negotiate binding cuts at next month’s climate talks in Copenhagen, political leaders will seek a political framework to take future action on climate change.

Leaders at the APEC summit did voice support for including forest conservation as a mechanism for reducing greenhouse gas emissions as well as protections for ocean ecosystems.

“We support efforts in the UNFCCC negotiations to agree on actions to reduce emissions from deforestation and forest degradation (REDD) in developing economies,” stated the declaration.

“We recognize the role of the oceans in mitigating climate change, and the impact of climate change on oceans and coastal areas.”

With the United States failing to make progress on domestic climate legislation, the decision not to pursue binding emissions targets at Copenhagen in December has been widely expected. 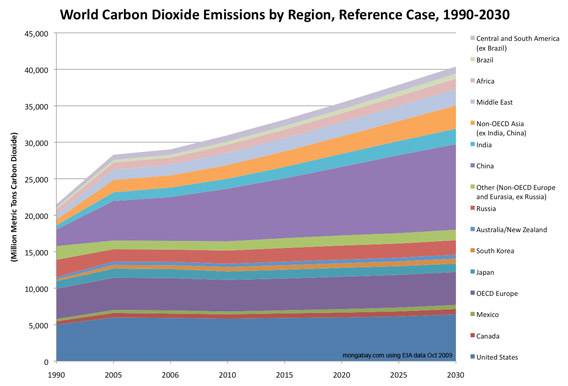 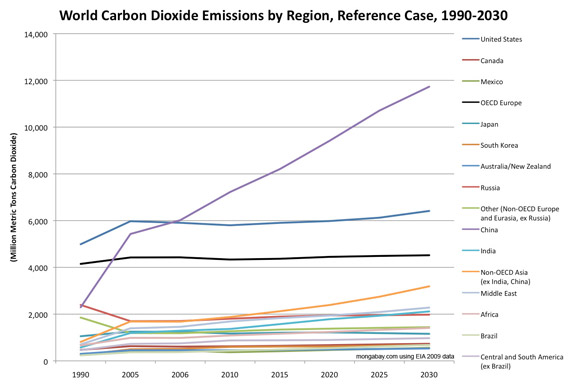 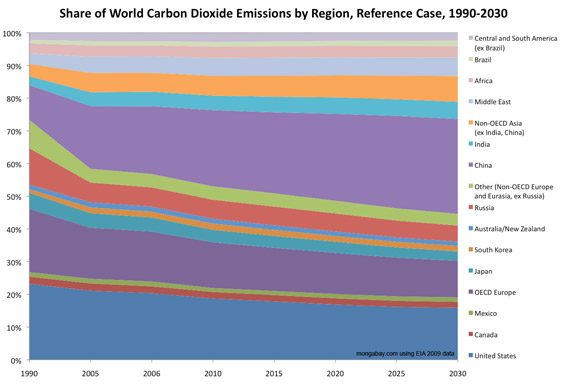