“The average ice loss in 2007 was not as extreme as in 2006, but there were large differences between mountain ranges,” said Michael Zemp, glaciologist and research associate of the WGMS. “Glaciers in the European Alps lost up to 2.5 meters water equivalent of ice, whereas maritime glaciers in Scandinavia were able to gain more than a meter in thickness. However, 2007 is now the sixth year of this century in which the average ice loss of the reference glaciers has exceeded half a meter. This has resulted in a more than doubling of the melt rates of the 1980s and 90s.”

Glaciers are melting particularly quickly in the Alps. The most extensive melt recorded for reference glaciers in 2007 was Careser in the Italian Alps.

By some estimates 80 percent of the glaciers in the Alps may disappear by the end of the century, while Africa’s glaciers could be gone by 2025.

The environmental consequences of melting glaciers are significant. Glaciers store massive amounts of water and their disappearance puts water supplies and agriculture in many regions at risk. Further, glacial melt is the largest contributor to rising sea levels according to a study published in Science in July 2007. 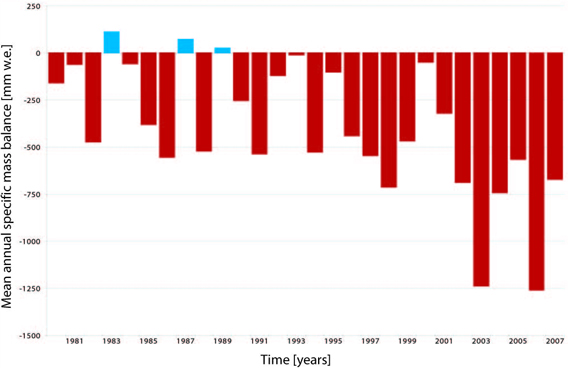 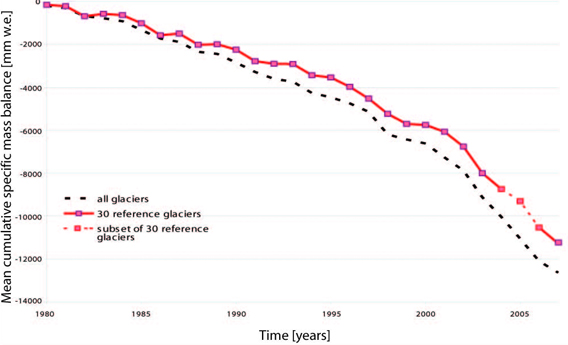