Sea turtles protected in Costa Rica are killed in Nicaragua


Sea turtles protected in Costa Rica are killed in Nicaragua

Sea turtles protected in Costa Rica are killed in Nicaragua

Sea turtles that receive the highest protection in Costa Rica and other neighboring countries are dying by the thousands at the hands of unregulated – and unsustainable – commercial fishing in Nicaragua, according to a study by the Bronx Zoo based Wildlife Conservation Society.

The study, appearing in the latest issue of the journal Herpetologica, found that turtles tagged in Nicaragua have only little more than a 50 percent chance of surviving until the next year. This includes adult turtles from Tortuguero, a world famous turtle-nesting beach in Costa Rica. For a slow-growing, slow-to-mature species, removing so many large juveniles and adults from the population spells potential disaster, according to WCS scientists. The largest remaining green turtle population in the Atlantic lives in this region, scientists believe. 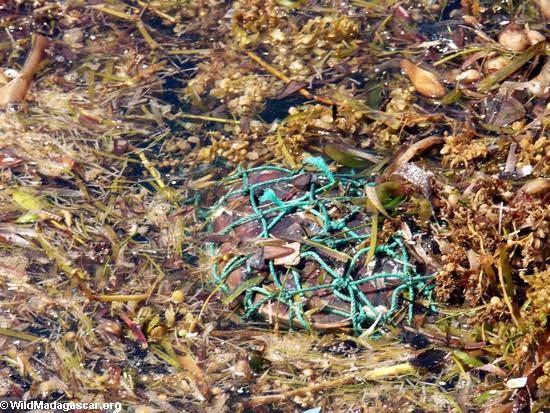 The Pacific Ocean is the habitat of 5 species of widely distributed sea turtles, all of which are long-lived and slow growing. They take from 10 to 30 years to reach maturity and exhibit complex life cycles involving eggs laid in nests on tropical beaches, natal beach homing and extraordinary feeding and breeding migrations that can span the entire Pacific Ocean. Sea turtle populations are slow to increase and replace themselves. The flesh and eggs of these large marine animals have provided food over centuries for many coastal communities throughout the Pacific islands, along the west coast of the Americas and throughout east Asia and eastern Australia. They also provide ornaments such as those made from the distinctive tortoise shell of the hawksbill and are important in the cultural and social identity of many traditional societies.

The long life, wide ranging migrations and value to humans make sea turtles susceptible to many forms of mortality, including direct and incidental takes from coastal and oceanic fishing activities – all of which have increased over the last decades. The persistence of these impacts without correction, particularly in combination with traditional extractive uses, has rendered the species increasingly vulnerable to extinction.

The Bellagio Blueprint for Action on Pacific Sea Turtles calls for: (1) the protection of all nesting beaches; (2) reducing turtle take in at-sea and coastal fisheries; (3) stimulating Pan-Pacific policy actions; and (4) encouraging the sustainability of the traditional use of sea turtles

“Green turtles cannot take this relentless pounding by the Nicaraguan sea turtle fishing industry,” said WCS researcher Cathi Campbell, the lead author of the study. “Drastic reductions are needed in fishing levels, or both the turtles – and turtle fishers – will vanish within a matter of years.”

Although protected from international trade by CITES – the Convention on International Trade in Endangered Species, an estimated 11,000 green sea turtles are still harvested annually in Nicaragua for local consumption. WCS says that an annual quota of between 1,000-3,000 turtles needs to be established to sustain the fishery.

Green turtles – the only herbivorous sea turtle species – travel from throughout the Caribbean to Nicaragua to forage in its rich sea grass beds, making it especially frustrating for neighboring countries that protect turtles in their own waters, only to lose them once they enter Nicaragua, according to WCS.

“Other countries are doing so much to protect nesting populations and in-water aggregations of green turtles,” Campbell said, noting that Costa Rica in particular has worked hard to protect nesting turtles from poachers. “Nicaragua plainly needs to do more to protect what is an international resource.”